What’s For Dinner? By Fay Ripley – Review and one copy to giveaway 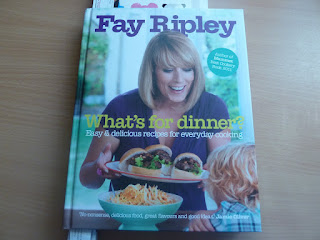 I’ve been looking forward to this one for ages, and when I got my copy I was not disappointed! What’s For Dinner easy & delicious recipes for everyday cooking by Fay Ripley 2012 published by Collins. This is Fay’s second cookbook and follows on from the first, it’s aimed at the same audience, I think. I liked her first one, but actually I think this one is even better.

This book is aimed at people who cook the day in day out family meals for children and adults alike. I’m a reasonably adventurous cook, but when you have little people to feed this is not necessarily a winning combination!

I find Fay’s approach to feeding little ones really helpful, she is good at creating recipes that include new tastes but not in a way that is overwhelming to little palates. Big people like her recipes too. Some other recipes aimed at children that I’ve come across are just not what you want to eat as an adult, but Fay crosses the divide well, and manages to mostly please both sets.

The book is nicely done, well presented, recipes are easily followed plus there is a picture of each recipe. Chapters are: *Monday* Tuesday* Wednesday* Thursday* Friday* Weekend* Cornershop * and lastly *Sides*. There are hints and tips at the end of recipes, feeding little ones etc. Having the meals in ‘days’ means you can’t just go to a main meals section, you have to flip through. There was a time that would have annoyed me, but now I think this is ok, if forces me to look through again and maybe discover a little gem that I had previously missed.

I have one copy to give away to a commenter on this post, selected at random. To be entered please leave a comment saying why you’d like to win this one. Closing date is 4th April at 12 mid-day 2012. Good luck! NOW CLOSED
Here are my first makes from the book. 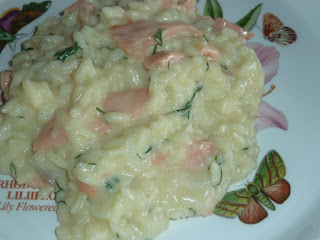 No Fuss Smoked Salmon & Boursin Risotto
This recipe came about by serendipity. I went down to my local shop on the hunt for something for my own lunch, and I saw Scottish smoked salmon. Freedom Foods smoked salmon. Buy one get 2 free!! It would have been rude not to. J Of course this meant I then had extra salmon to think how to use up, I was looking through Fay’s book and immediately came across this risotto, which I had not even marked previously!
The cheese should be goats cheese, but I swapped it for Boursin instead. This is a cheats risotto simmered with the lid on the pan. I’ve tried a few oven baked risottos before, but wasn’t very pleased with the outcomes, they were usually ok, but not wows. This one was moist and creamy with the cheese, delicious already, but more so for us adults with the fish and dill. What I ended up with was a fast supper so good I could hardly believe it! My little one would not eat smoked salmon, but before I stirred in the fish and dill I removed her bowl and added in some bits I know she would like. Smiles all round. 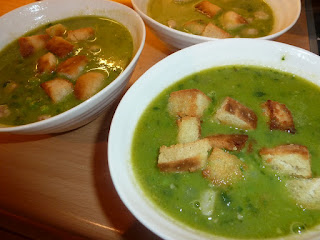 Pea and Bacon Soup
Pea, bacon and mint soup with crispy oven baked croutons. Yum! I did the croutons with soda bread, which for a yeast-free-er like me was a real bonus. 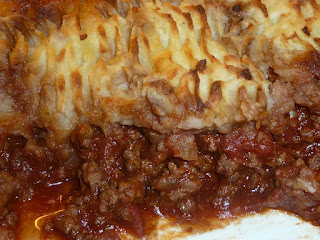 Cottage Pie
Different from the one I normally make as it has a tin of tomatoes in it and also parsnips along with potatoes in the mash. It was good. 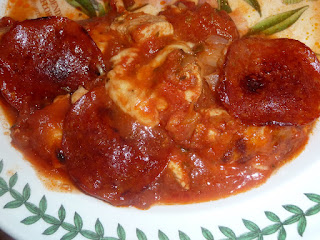 Italian Chicken Bake
Chicken baked with the flavours of pizza. I served this with garlic bread, I think new potatoes would go as well, and I’ll do this next time, especially since I can’t have garlic bread. 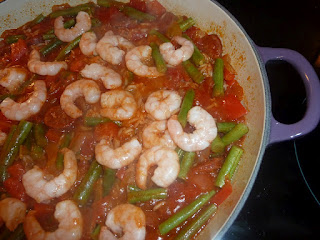 All in One “Paella”
Not quite paella as I know it, but a nice prawn rice dish for supper. 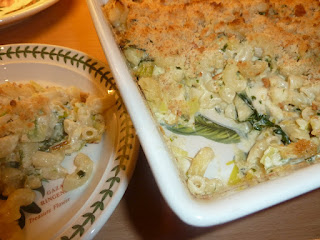 Green Macaroni in Minutes
A vegetarian macaroni with leeks and spinach added in. We adults liked it and little one was very, very suspicious of the greenery in it, but did eat it. J The recipe link is here. 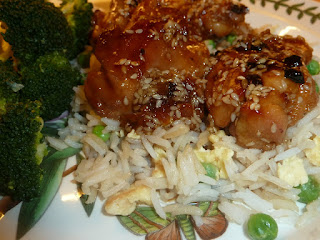 Sweet Sticky Chicken
An Asian inspired chicken that baked to sticky deliciousness. A serious hit in my house! My little one at this, and hubby before he’d even finished his first plate was keen to see if there was more, who could blame him though, it was a real treat.
Served with Egg Fried Rice
Egg Fried Rice is a regular on my table, this one is a prefect side. 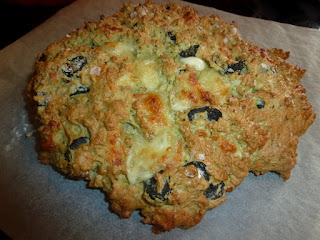 Rustic Italian Savoury Scone
Loved this one, a scone bread, quick to make and flavoured with pesto, olives and mozzarella, yum! 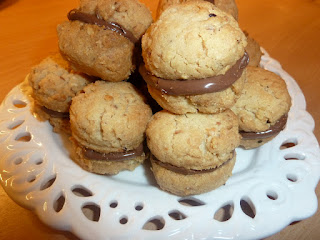 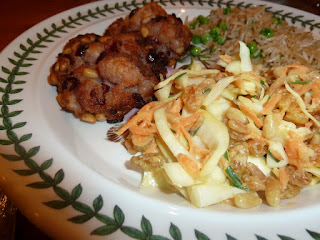 Festive Pig in a Bun

I call these porkie patties. Sausage meat with dried cranberries and pine nuts added into them. Some of us had them in buns and some not. Amazing with a bit of blue cheese.

I served them with Fay’s coleslaw, which was a good one. The patties and coleslaw are the ones pictured on the cover of the book.

Next Up: Winner of Fay’s book

Next Up after that: Quadrille’s New Voices in Food – the first four books.

I really enjoy your reviews, Kelly-Jane :)
I liked her first book, and the recipes you have made seem indeed even better! I like the scone and the chicken bake in particular.

i would like to win this book, it seems to contain recipes my family would enjoy.

Hi Kelly-Jane
I have never commented before Kelly-Jane but I always enjoy your reviews and remember you from the Nigella forum.
Fay's last book was excellent, and new one is thicker and sounds even better. So I would love to win.

I'm a fairly new reader of your blog, came across you via the cake slice blogroll! It's great to see reviews of so many books because I'm always fighting the urge to buy the next one on my list... hmm, actually, I'm not sure reading this helps, it actually just makes me want them more :P But while my budget recovers I can make some good informed choices about my next purchase ;)

Well, I'd love this book because while I'm home from university I've been helping with the home cooking duties and trying to steer the family away from frozen and tinned stuff, much like I've been learning to do at uni, and I think this sounds like it has some great recipes that might even tempt my notoriously fussy little brother!

The book looks good and I would love to win a copy as I have my sister and her kids living with us at the moment - that will make 8 of us to feed every night! I don't mind, I love it but it does mean we need to keep all tastes happy!

Everytime I have a quick look at your blog you make my mouth water, Kelly-Jane.

This time I especially enjoy your photos and descriptions of your "Nutty Nuggets of Deliciousness" followed by "Sweet Sticky Chicken" and "Festive Pig in a Bun".

I would love to win a copy of that lovely sounding book with such a great variety of quick and easy dishes as I can't stop drooling over my keyboard by the look of the dishes you have already enjoyed. But if I won't be the lucky one to win a copy I will order it. You offer so many great reasons to buy it that I can't resist ;-) . Keep on your good work!

How much have you made already!!
Looks like a fab book, I love her first one and have about three favourites I always go to, this is on my wish list.
Have you got the little Paris kitchen book? I think the author is Rachel Khoo (or something like that) quite like her show, I think it's your sort of stuff.
Glossy
X

Thank you all for your comments :)

Kate, I do have Rachel Koo's book, not made anything... well yet anyhow!